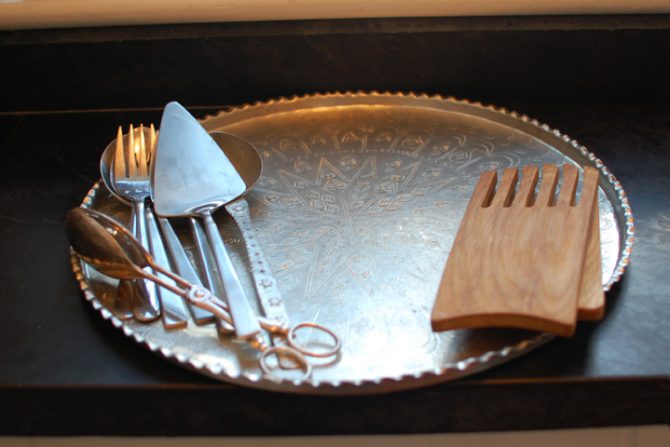 Recently, the wonderful editors of Mashallah News — an online publication devoted to shaking up Middle Eastern stereotypes — asked me to contribute to their “food” theme series. I was only too glad to do so, and a nostalgia-filled rhapsody of the poetics of Persian food was thus born! I would be delighted if you would read it, so, begging your kind indulgence, it follows in its entirety below.

Eyes are the windows to the soul, per an old English proverb. In a similar vein, it can be proposed that a nation’s cuisine is the window to the heart and soul of its countrymen. Praise be, then, for much like its people, Iranian food is sensual and oft poetic.
That Iranians are sensual and romantic at heart may seem a preposterously incongruous claim at odds with the image of the country, mired as it is in polemics and controversy, but only if one overlooks the fact that the ancient and majestic tree of Iranian culture is branched out of thousands of years old roots that bear solid testament to a heritage of lyrical and aesthetic nourishment, accomplishment and sensibility. A sensibility reflected in everything from a proclivity to the arranging of beautiful, elaborate and symbolic celebratory tableaux vivants for weddings, Norooz (New Year) and the fete of Yalda (winter solstice); to an inordinate fondness for gardens and fountains and flowers and nightingales; to a talent for creating delicately charming ornate design in painting, carpets, textiles and architecture; to a coquettish flair for flirting; and to an unabashed affinity for and partiality to poetry. 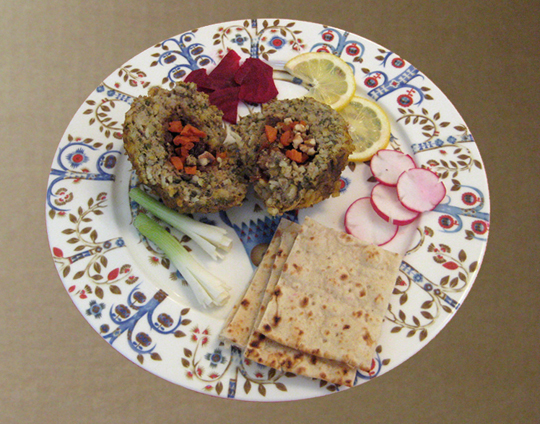 In some cultures a love of poetry is the true sign of the dork, the nerd, the socially clueless and inept. But in Iran, appreciation of poetry—far from branding one as “uncool” and banishing one to social Siberia—is not only accepted but is even taken for granted and reciprocated amongst people of all ages and walks of life. It is not unusual to find groups of friends or family sitting around eating, drinking and making merry while chewing the fat or playing backgammon all while trading lines and verses of the poems of Hafiz and Sa’adi and Khayam and Rumi and Ferdowsi as the muse inspires and circumstances dictate. A cantankerous shopkeeper may quote a poem to site his ire; a grandparent may well call on one of the epic poets to drive home a moral lesson to a grandchild. After all, poetry is what saved the Persian language—the epic poem of Shahnameh, to be precise, is credited with this historical accomplishment—and that may explain why a love of poetry flows in the veins of most warm-blooded Iranians, whatever their walk of life, instead of being the rarefied passion of elite intellectuals and cultured intelligentsia as it is in most other places in the world.
People unfamiliar with Iranian food often assume it is hot and spicy, much like its politics or its perceived climate, but it is not. Iranian food—fragrant and pretty with its signature playful combination of sweet and tart and savoury—is downright poetic at heart. 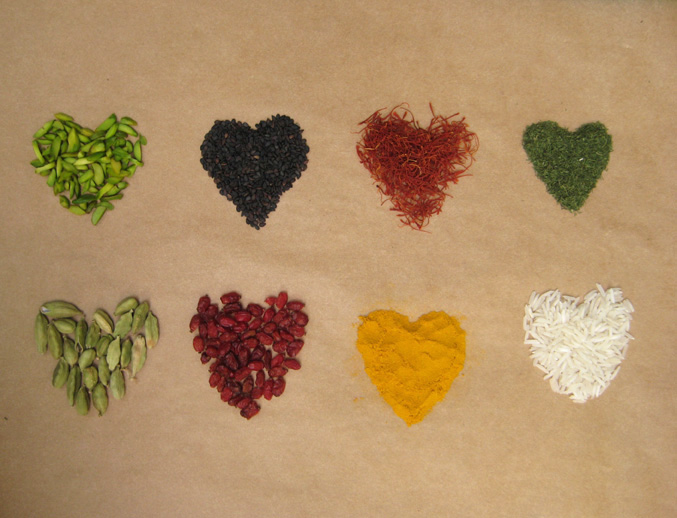 After all, how many cuisines count rosewater, cardamom, pistachios, rose petals, dried mint and saffron as staple pantry provisions? How many have a dish called jewelled rice, so named because barberries, pistachio slivers, and candied orange peels peek out of a nestling pillow of aromatic saffron rice gleaming, much like the gems one would expect to find spilling out of a treasure chest if one perchance happened to abracadabra open the door of Ali Baba’s fabled cave?
How many cuisines have since the ancient times revelled in the glory of the pomegranate, a fruit that is a testament to a divine design, bearing a crown with a charming disarray of tendrils and jewel-like seeds. Pomegranate is a mainstay symbol of the Yalda celebration spread, in which a bowl of its seeded ruby arils, sprinkled with a touch of ground angelica or salt, forms a refreshment to offer guests, or else its nectar turned into a paste brooding with ground walnuts to make the chocolate-coloured stew of Fessenjan, which some call the khoresh of kings?
And, probably more than any other cuisine in the world, Persian food harvests flowers! Countless bushels of Mohamadi roses are every year distilled into aromatic rosewater; red and pink rose petals are dried so that they can be crushed and used as a pretty and aromatic sprinkled garnish for food. Vast fields of purple crocus are harvested for the long, fragile, burnt amber threads of saffron that turn an effervescently sunny golden shade when ground and touched by hot water, a drop of it turning a bed of steamed rice into a pretty sunset. A bevy of fragrant herbs and blossoms are distilled to make aragh—a refreshing and medicinal beverage—with mint, chicory, musk willow, sweet briar, palm pods, citrons and orange blossom. So many flowers, the very names of which are not merely mellifluous but also summon up an instantaneous sense of delight and pleasure. 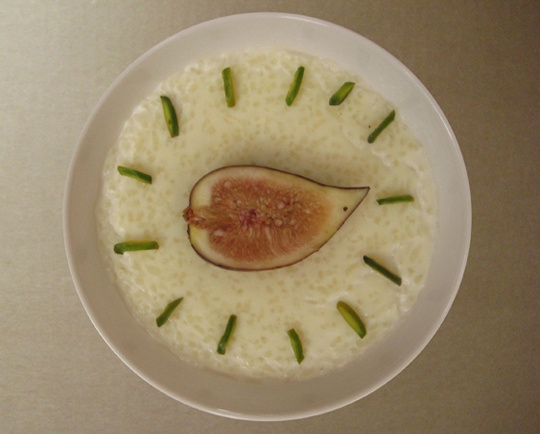 Sometimes, the seductive charm of Iranian food is overt but guileless, like a yogurt and cucumber soup, garnished with inter-crossing paths of crushed rose petals and dried mint; or overt and artful like a dark amber halva infused with saffron, rosewater and cardamom, sprinkled with pistachio powder in a curlicue design.
Sometimes, it is covert, like a Salad Shirazi, a salad that is beautiful because it is stunning and is stunning because it is the epitome of simplicity—an edible haiku—nothing more than a choir of cucumbers and tomatoes and onions, singing with lemon juice and olive oil and crushed dried mint.
And sometimes, the disarming charm of Iranian food is downright lyrical, because if fluffy and fragrant saffron rice made moist with a stream of succulently savoury khoresh is not transcendental lyricism in a spoon—then, pray tell, what is? 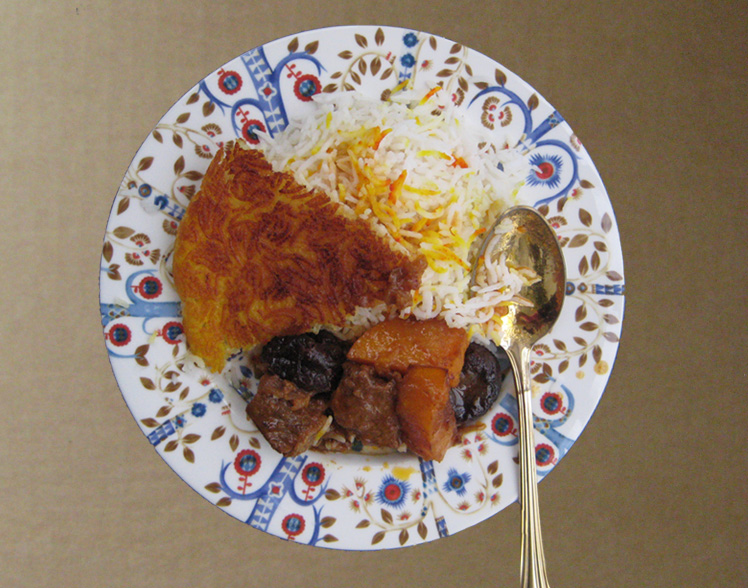 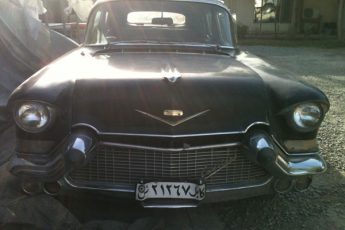 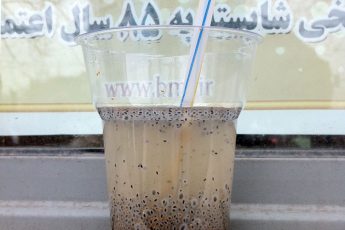